Healing my skin from the inside and out

I am feeling pretty proud of myself right now and so decided to write this post real quick. Forgive me if I ramble on a bit.

A few weeks ago, I had to tell myself the truth about my facial skin. It was congested, I had acne and rashes – two things I rarely ever experience. And lastly, my skin was not as bright as it used to be.

I am a believer in Root Cause Analysis so I asked myself some hard hitting questions using the 5-why methodology. I won’t lead you through my personal process, but pretty much, I found that my face was congested because I have not been eating well AND I had not been taking care of my skin.

For years, I had this job where time was really a commodity. I had to be at my desk by 6 a.m and I would close at 6 p.m during which time I had to exercise, read and work on my personal things. In the beginning, I would wake up as early as 5 a.m or 4:45 a.m and get ready properly – cleanse, tone moisturize and if I was feeling extra adventurous, lipstick and or even eyeliner.

Then as my side hustle grew, it became important to spend more time working on Natural Nigerian during the night, after work. Sometimes, as late as 1 a.m. And I still had to be at the office at 6 a.m. I would roll out of bed at 5:40 a.m (okay, most times, 5:45 a.m), have a quick bath and walk to my office which was 5 minutes away. Of course, during that time, there was no such thing as a cleanse, tone, moisturize. Like, what was lipstick? Who was eyeliner? I could go a week without looking in a mirror.

I left that job and made up with my mirror….for a few months. I had heard that working for oneself means long hours but, I never expected the grueling regime that was my lot. It is not uncommon for me to go to bed at 1 a.m and be up at 5 a.m, so things started sliding again. I soon fell into my old habits. Cleanse, tone, moisturize was archived. Along with it, my healthy meals. Dear PHCN was bad for a long time so I was not motivated to cook and store food as I usually would.

I would work until I got ravenously hungry and then I would eat whatever was at hand. Usually at night. And because I hadn’t meal prepped, usually something bad. I don’t even want to go into what that has done to my body.

This had gone on for months and one day, a few weeks ago, I really looked in a mirror. I mean REALLY looked and the face that looked back at me was a stranger’s face. It had pimples in different stages of ripeness, rashes and most disturbing, felt and looked rough. Basically, I felt like I was wearing a mask. The oddest thing is that months went by before I acknowledged that there was a problem.

I gave myself a month to get things under control.

So, what had to change?

Part 1 – Cleaning up my skin

A bit about the lotions – I pretty much just used the Natural Nigerian Baby Lotion as a base and put actives in it. I won’t list them all here but they included Niacinamide, Caffeine, and Allantoin. And of course the Red Acalypha and Nettle that was already in the lotion. 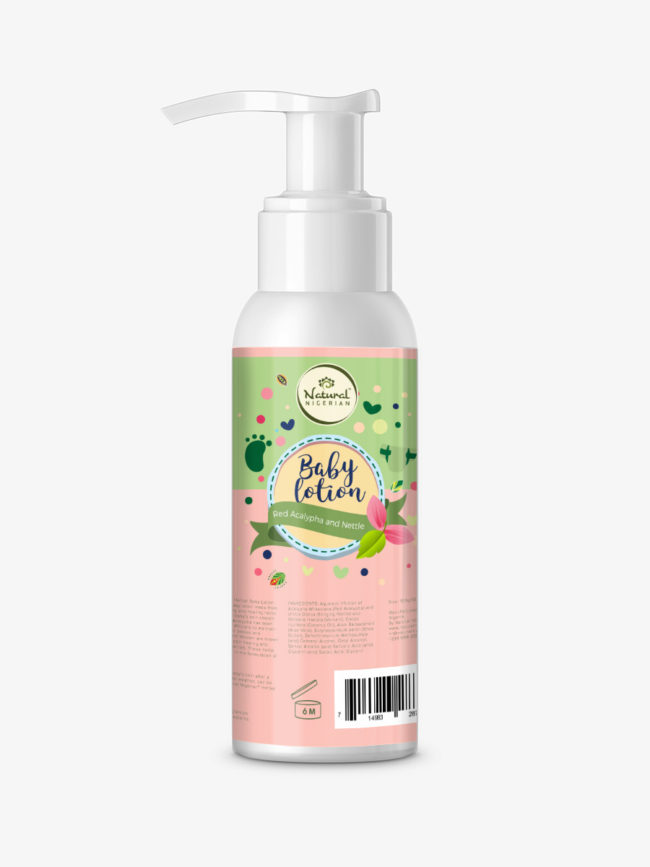 Fast forward to 6 days later, after starting a regimen of ensuring that I cleanse, tone and moisturize properly, my skin is looking a lot clearer, brighter and the rashes are about 50% gone. No joke. I am not a believer in quick fixes, but looking at my face today, I was so genuinely surprised at how quickly it recovered that I had to write this post.

Part 2 – Cleaning up my Diet

The second part of what I did was to clear up my diet. It was a crying shame that I did not eat healthy for some time. I am used to it and I quite like it. I had followed the LIN diet for some time (it was one of the products I featured in my Things I am loving post last year). I  which is pretty awesome but I stopped meal prepping when I figured my

I found out that minus the PHCN problem, my freezer was actually bad. Somehow, I had not noticed that it was not cooling as much even when there was electricity. I will have to purchase a new freezer but in the meantime, I moved all my meals to my fridge freezer and as a result, I have been eating healthy all week. I also drank a lot more water than I have in a while. I feel better, my new *cough* bigger gut is slowly receding.

To conclude, I feel that this experience reiterates something I have always known – what you tend will thrive. Honestly, it is that simple. If you look after yourself, you will reap the rewards. If you don’t, you will reap that as well. You may get away with things for a minute but it eventually all catches up with one. And that can be applied to anything in life.

What are you currently struggling with? What steps are you going to make it better? 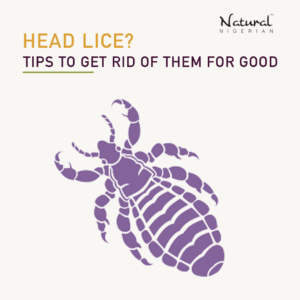 Head Lice? Tips to get rid of them for good. 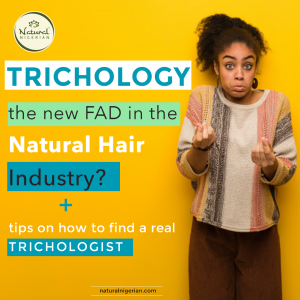 Trichology – The Lastest Fad in the Natural Hair Industry